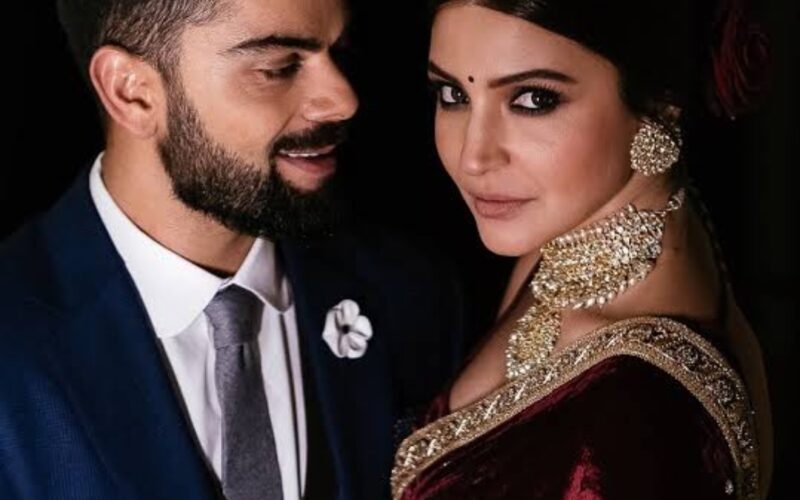 Congratulations !! Virat Kohli and Anushka Sharma are all set to welcome their first baby. Both are excited and said that their love life is almost ready to join them soon. Virat Kohli had posted a welcome post on Instagram, “And then, we were three! Arriving Jan 2021” for his first child.

Anushka is around four months pregnant and ready to rejoice the feeling of motherhood. Actresses are Flaunting her baby bump and looked adorable in her pregnancy pic black and white polka dot gown as she posed with her cricketer hubby.

Anushka Sharma had shared a similar post on her page. Bollywood celebrities from Alia Bhatt to Taapsee Pannu and almost all cricket celebrities congratulated both of them. Both Twitter and Instagram handle is flooded with congratulatory notes. Virat Kohli is nowadays in UAE, where he has travelled to take part in IPL 2020. The cricketer is a popular Indian captain and highly paid too.

From a long time, Anushka Sharma was rumoured about her pregnancy. From last, one year media was chasing her for her pregnancy talk. Anushka had told Filmfare 2019, “Yes Yes, If you’re married then people ask, about the pregnancy? .After 3-year marriage, Anushka and Virat planned their first baby.

How Anushaka and Virat managed to keep this biggest news secret ?

However, there was a lot that went behind to announce this pregnancy. ETimes spoke to their friend of the family about how they managed to keep this biggest news secret. The fact that Anushka was not signing any new movies was a sign that they were planning their kid first. It seems a lot of coordination and planning to ensure that news dint gets out of their family. Source says that pregnancy is the best secret that come out of the Bollywood in a long time. Immediate families were aware but they keep the secrecy and make sure that no one got a whiff of it.

Anushka has always been a person who loved her personal space. She was very careful about not letting anyone get any information about her pregnancy. They simply laughed on the speculations and never added fuel to the fire. Anushka’s baby bump was visible and she ensured that she dint get clicked or photographed by anyone. We can’t wait to see them share the photos of tiny tot.

During this quarantine and covid19, Anushka Sharma and Virat Kohli have decided to plan their bundle of joy. The duo started planning for their first child.

Now twitter and Instagram is the good news announcement destination.
Recently Ankita Lokhande and her boyfriend announced their twin baby on Instagram. Kareena Kapoor announced about their second baby via twitter and a joint statement with her beau Saif Ali Khan Cricketer Hardik Panya was also in the trail.