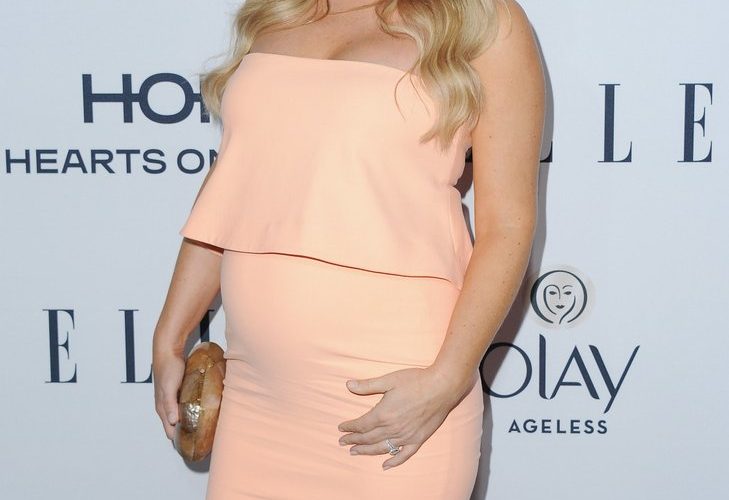 If baby news is your vibe right now, check out these mum, VERY SOCIAL WAYS the famous have delivered their happy news. Plus, all this lot have got TWINS – fancy it?

Ciara recently confirmed that she is expecting a baby with her husband Russell Wilson. The newlyweds – who have been giving us major relationship goals sharing their snaps on Instagram – decided to break the news to their fans with a photo of Ciara’s birthday. Russell captioned: “The Greatest Blessing of All. Forever Grateful. #BabyWilsonOnTheWay.” Benedict Cumberbatch and Sophie Hunter revealed, at the Hollywood premiere of Doctor Strange, that they are expecting their second child. The couple, who wed on Valentine’s Day 2015, are already parents to son Christopher Carlton. The 44-year-old Spice Girl took to Instagram to announce her pregnancy with her second child, with a written note saying “God bless mother nature” with the hashtag #MamaSpice. The baby will be her first with boyfriend Christian Horner but her second after 10-year-old daughter Bluebell Madonna. Congrats, Geri! Grey’s Anatomy star Camilla Luddington took to Instagram to share the exciting news of her pregnancy. The 32-year-old posted a Halloween shot holding a pumpkin carved with: “Baby arriving Spring 2017”. Luddington captioned: “I am SO excited to FINALLY share with you all news that [I’ve] managed to keep secret for what seems like forever now… I am pregnant!”. This will be her first child with boyfriend, Matt Alan. Wonder Woman star Gal Gadot is pregnant with baby number two. The Marvel actress broke the exciting news on Instagram with a sweet black-and-white image of her, her hubby and the baby-bump. Gal wrote: “So excited to share this wonder with you… #mommyforthesecondtime”. Strictly Come Dancing‘s performer Anton Du Beke and girlfriend Hannah Summers got some big news to share with fans. The couple is joining the list of celebrities with baby twins. The 50-year-old annouced the news on Twitter with an adorable shot of children’s dance shoes, captioned: “We hear the ‘tippety-tap’ of tiny feet!” The Sisterhood of the Traveling Pants star Amber Tamblyn is pregnant with her first child at age 33. The actress recently wrote a powerful essay for our sister magazine from across the pond, Glamour us, on her thoughts on motherhood and “How mothers and daughters can change the way we talk about being women”. Strictly Come Dancing very own Aliona Kavanagh took to social media to share the baby news. On an adorable photo with her partner, Vincent, she wrote: “Just want to share our amazing news! Vin & I are pregnant and we are so eeee excited to have our little miracle!!!”. Fans of the show were quick to congratulate the blonde that was glowing on the shot. X Factor’s own Shayne Ward is soon to be a father. The singer and his girlfriend, Hollyoaks actress Sophie Austin, are expecting a baby for 2017. Shayne broke the news on twitter saying they are “overjoyed”, Sophie retweeted it saying: “After much speculation I’m over joyed to announce that @ShayneTWard and I are expecting our first child”.

Reads  Easter Basket For Your Baby The french actress took to Instagram to announce her second pregnancy with partner Guillaume Canet whilst taking time out to clear up the rumours about her alleged involvement in the Brangelina divorce. Her statement read: “Firstly, many years ago, I met the man of my life, father of our son and of the baby we are expecting. He is my love, my best friend, the only one that I need.” Natalie Portman and husband Benjamin Millepied are expecting their second child, revealed when Natalie stepped out on the Venice Film Festival red carpet with a decidedly prominent bump.
A source then confirmed the news to People magazine. Congrats to them!

Lauren Conrad and her husband William Tell are expecting their first child together and we couldn’t be happier for them. The Hills star, who got married to William back in 2014, took to Instagram to share the lovely news. “Happy New Year! I have a feeling 2017 is going to be the best year yet…,” the 30-year-old captioned a photo.